What to do on a Saturday without a soccer game… I think I’ll play in the kitchen for a bit and work in the yard after that.  This morning started off innocently enough – homemade breakfast sausage patties and fried eggs with some toast and homemade butter and a glass of raw milk for good measure.  They say breakfast is the most important meal of the day.  Who am I to defy “they” with a small breakfast?  I had some whey in the refrigerator from my last batch of goat cheese, so that went into some bread dough for dinner tonight.  Then inspiration struck like lightning… 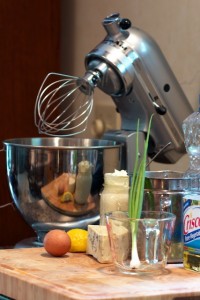 Since I don’t yet know how to make my own vegetable oil, I settled for Crisco.  Other than that, we’re set.  The first phase of my adventure was to make mayonnaise.  Egg yolk, lemon juice, water and salt went in the mixing bowl.  I whipped that together and drizzled in a few drops of oil to get the emulsion going.  That’s kitchen geek speak for water and oil together where the oil doesn’t float on top.  The engineer in me likes emulsion but my 15 year old son isn’t impressed with my vocabulary.  But then he has taken up the habit of telling me he is “swoll” after he finishes lifting weights.  “You know son, that’s just short for swollen.” Spencer, “really?!?” I digress…  Back to the mayo.  Since I can’t leave anything well enough alone, I added about a teaspoon of bacon grease to see if I could taste it in the final mayo and then switched back to the oil.  A few minutes later I had my first cup of mayo in front of me.  And it was easy!  No more buying mayo at the store for me.  Here’s a shot of my mayo, sour cream and blue cheese: 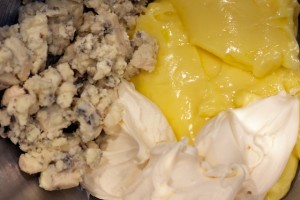 The mayo is REALLY REALLY yellow!  I think you can get by with a lot less than a whole yolk to make a cup of mayo, but I don’t have half eggs with half yolks… that and the farm egg yolks are always deeper and brighter in color.  I added water, lemon juice and diced scallion to finish the dressing.  The flavor is AMAZING!  I can’t wait to do this with fresh picked Black Krim and Old German tomatoes from the garden! 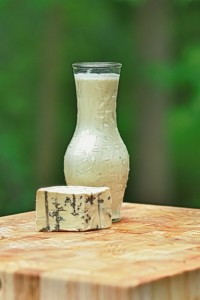 Since I geeked out in the kitchen, I figured I’d geek out on the glamour shot as well.  I took my cheese wedge and bottle of blue cheese dressing outside on the cutting block for an outdoor shot with the trees in the background.  I made an HDR shot with three bracketed images at ±2EV to get a nice shot of the wood grain, cheese and trees behind.  I hope my dinner salad tonight isn’t anticlimactic after all this!

Time to catch up on some book reviews…

Absolutely loved this book told from the dog’s point of view.  As an audiobook especially, it feels like the dog is literally telling you the story.  I even got choked up during a couple different sections of the book.

For anybody that loves dogs AND the military, this is a must read.  Great historical anecdotes mixed in with present day stories from the front lines along with all of the training that goes on behind the scenes to get the dogs and their special operations handlers ready to protect their team mates and get everyone home safe.

Again, I highly recommend the audiobook versions.  Read while you drive and get the extra nuances that a narrator can bring to the stories.  Enjoy!

This is one of those “Aha” moments. A few years back, I went to a Mexican restaurant in Ohio where my brother insisted I order carnitas. I’ve been hooked ever since. For some inexplicable reason, I have been content to this point to accept that only honest to goodness Mexicans could make “real” carnitas. Craig learned how to make these carnitas from a fellow chef in Vegas that is from Mexico City. The two easiest ways to start an argument are to bring up either (1) religion or (2) the ONLY authentic recipe for a regional dish. So let’s start of with the premise that if the fella is from Mexico City then this qualifies as AN authentic recipe for this regional dish.

A trip to San Jose Fresh Market for 3 pounds of pork shoulder (cut to order in the butcher shop) and Jarritos Mandarin and Coke. Both the Jarritos and Coke were made in Mexico and sweetened with sugar instead of the high fructose corn syrup that is used in the US (mmmm yum… get me some of that high fructose corn syrup… on second thought… nevermind).

Cube the pork in 2 inch pieces, season with salt and pepper and brown in the cast iron dutch oven. Add Jarritos Mandarin and Coke to cover the meat about half way. Add peppers and citrus to taste. We used 1 orange quartered along with 4 jalapeños, 1 Anaheim, and 1 habanero. Add enough lard to cover the meat after the liquid has boiled off. For the 3 pounds of meat in my dutch oven, we used a quart and a half of lard. Cook on low heat. You want to boil the meat in the fat rather than deep frying it – about 3 hours or so for this go around. 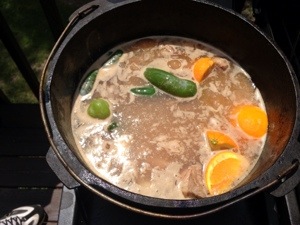 Shred on corn tortillas with onion and cilantro for the base taco. Mine is dressed up with some tomato, salsa verde and salsa taquera. Refried black beans with queso rallado and chips with guacamole casera in my newly seasoned molcajete complete the extravaganza. 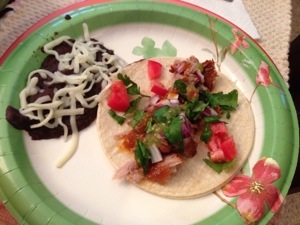 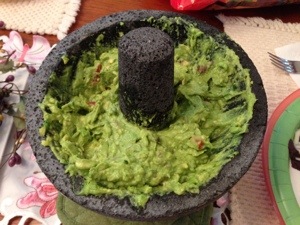 Craig, thanks for demystifying such a delicious dinner! Next up, I want to cook a good chile verde like they serve at La Troje.

Craig Gareiss, of Cerulean Indianapolis fame, also known as the “ordering guru” and “the guy who can find anything” to Pastry Chef Peteand the rest of the team in Indy, was the guest chef for tonight’s dinner…

Morel’s from Wade’s (come on Nate, take me shroomin with you!) for the morel wine sauce.

A long since emptied bottle of 2010 Bordeaux. 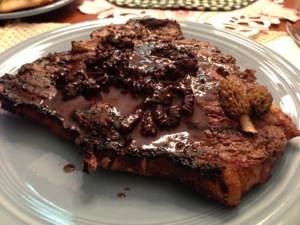 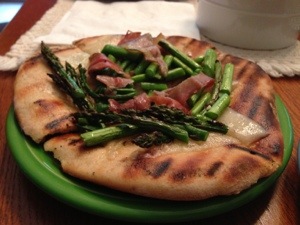 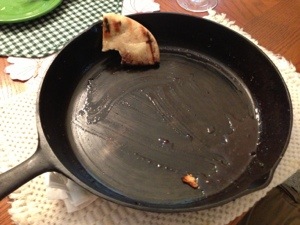 All photos AND blog writing done on my iPhone.  Unfortunately, I have to save as a draft and actually publish from my computer to get the automatic Facebook link.  It’s still fun to write a blog post from the back deck over a glass of wine waxing philosophical with my brother…

Today was the second Saturday of the farmers market. Last week was chiefly about getting a gallon of maple syrup from Beachler’s. This week, I was excited to see what I would find. Hedging my bets, I took the dogs to ensure it would be an adventure regardless. 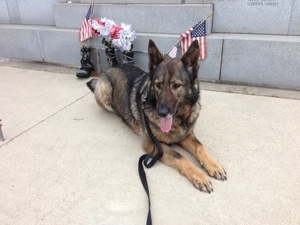 My finds this week were an eggs and sour dough pizza crusts for ground pork barter, a pastured chicken, mixed greens, rhubarb and maple kettle corn. Tonight’s dinner menu was roasted chicken, chimichurri noodles and mixed greens salad. The chicken was stuffed with garlic cloves, shallots and lemon wedges. I drizzled melted butter all over and seasoned it with Lawry’s, pepper and tarragon. I roasted it on the grill for about 70 minutes and let it rest while I cooked the pasta. 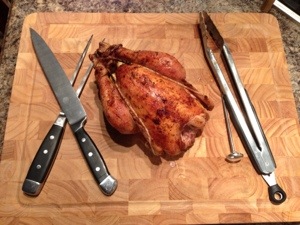 Turned out quite tasty with a nice salty crispy skin and juicy dark meat (at least for me). 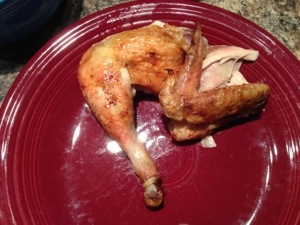 I have to be honest… I never thought lettuce would taste much different between the grocery store and the farmers market… I stand corrected… I have seen the light! 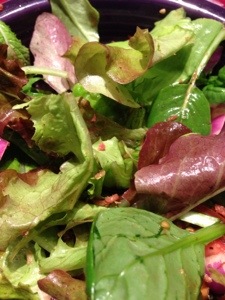 I want to go back to the farmers market on Wednesday just for the salad greens!

This post was written on my iPad using photos taken with my iPhone. Just because I can 🙂